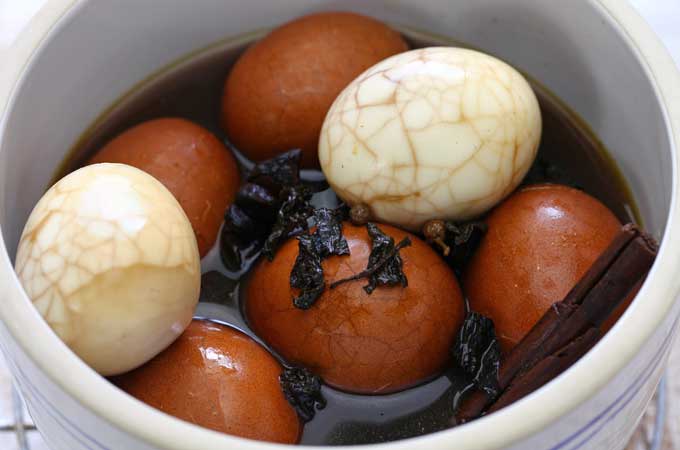 Chinese tea eggs are extremely flavourful and have an interesting outlook liken to that of a marbled dinosaur egg. 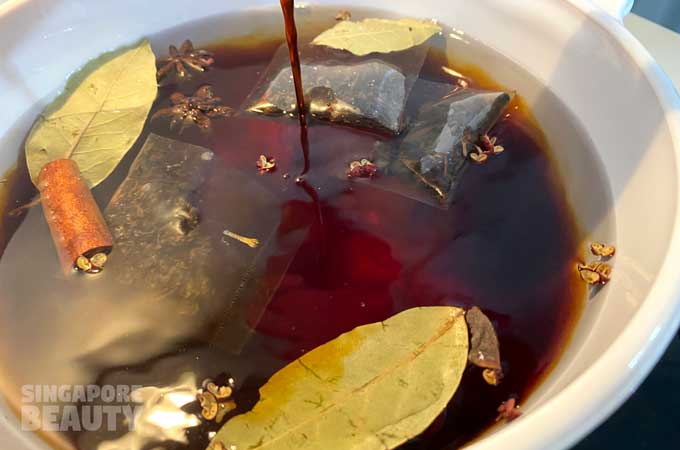 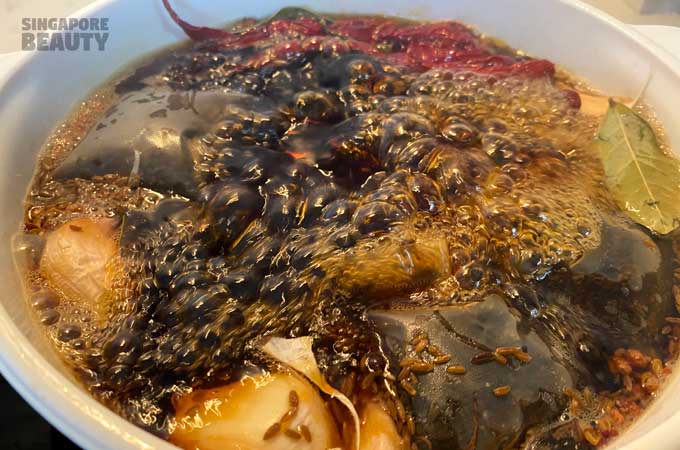 Bring this marinade to a boil and let it cool down before putting it into the fridge to chill as cold icy marinade. When the marinade is chill till like ice marinade, you can start to prepare the eggs. 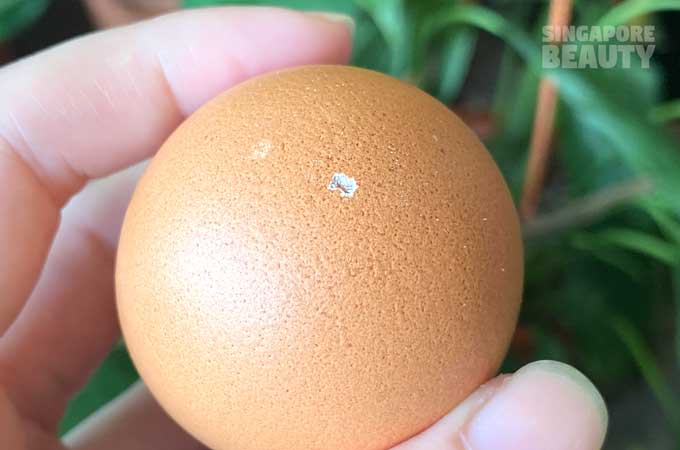 Gently poke a small pin hole at the bottom of each egg to assist with the release of the eggs from the shell after it is boiled. The egg after boiling is extremely soft and the shell will stick to the egg if there is no pin hole. The pin hole helps to release the egg from the shell. 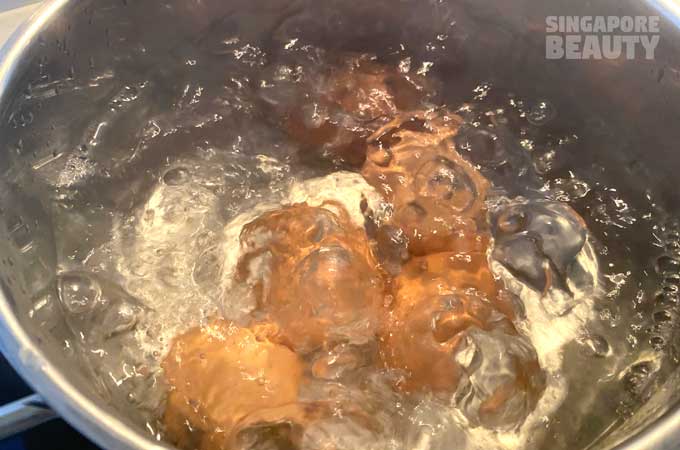 Bring a pot of water to a boil on high heat and lower the room temperature eggs in slowly. Boil on medium high for 5min 30secs for a 60ml egg. Make sure the water covers only 2/3 of the egg. Roll the egg around for the egg to be cooked evenly and for the yolk to stay in the centre. 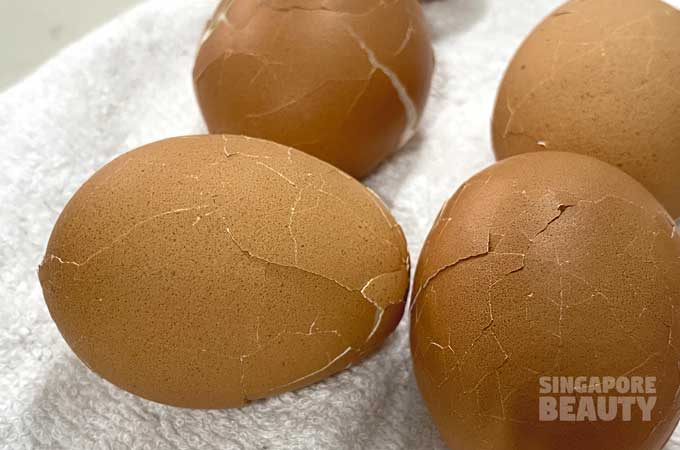 When it is ready, remove from the boiling water immediately and gently crack the egg shell with the back of a soup spoon. 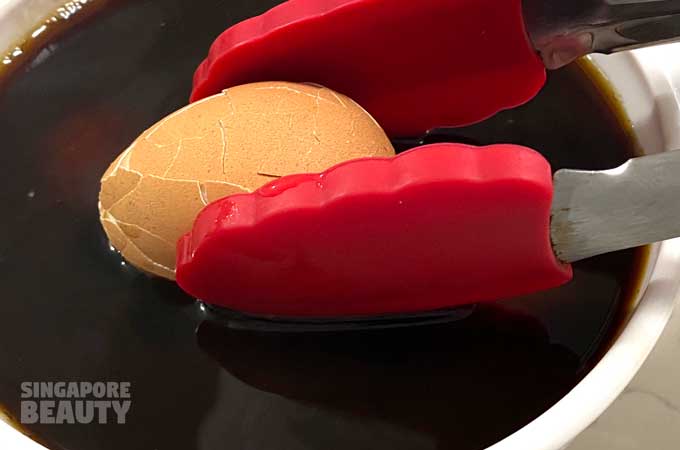 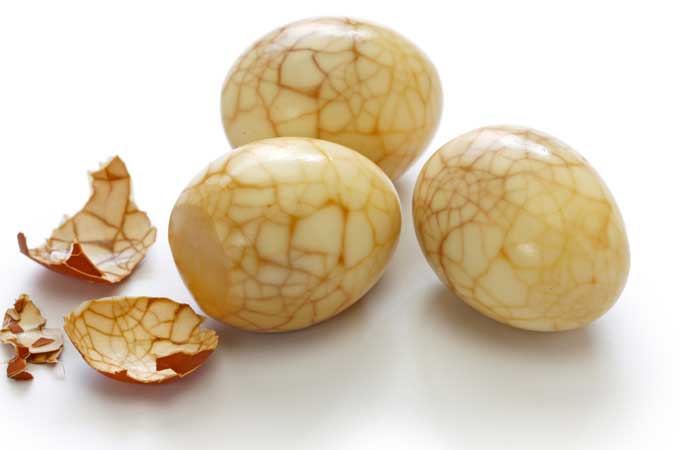 Store in the fridge overnight for 24 hours. Remove the eggs from the marinade and deshell them the next day. 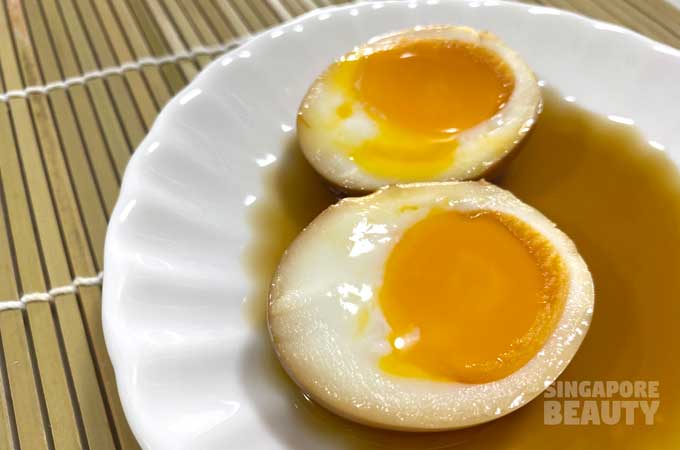 Check out the lovely marbled appearance on the egg. Cut the egg into half either using a knife or a clean fishing line for the perfect halved soft boiled ramen like tea egg. 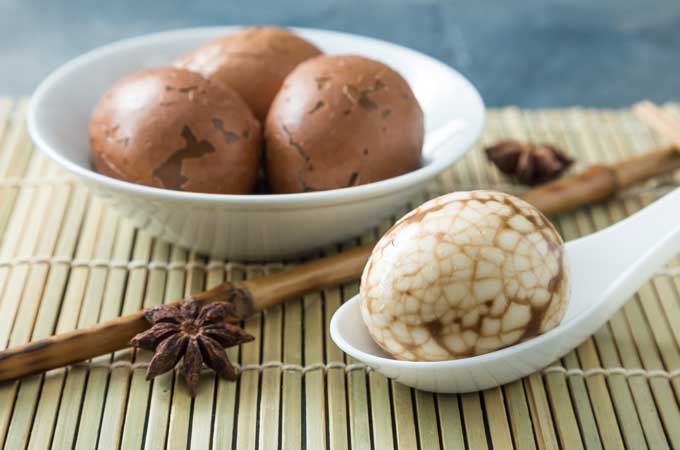 Halving the egg with a knife, risk losing some of the gooey golden yolk as the molten yolk usually sticks to the blade. 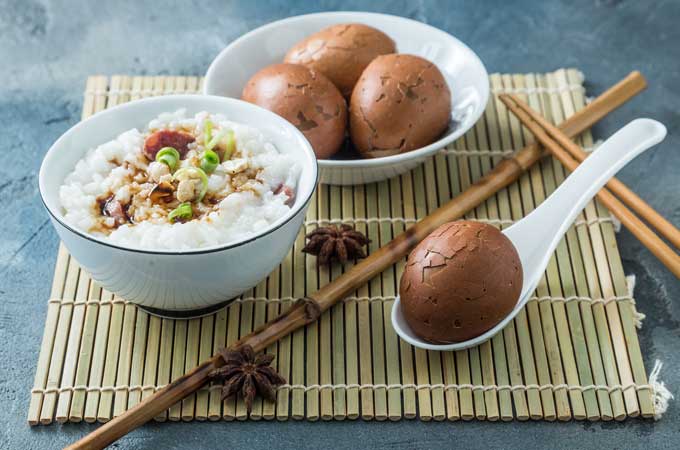 Serve this tea egg with congee or ramen. Great way to start the day with the perfect soft boiled egg with molten lava-like egg yolk. Give this recipe a try!